Thaddeus appeared at the 2022 FOA. https://thaddeushogarth.com/

“… It’s hard not to believe in Hogarth …“ – Billboard Magazine

“… Take a healthy dose of Sly and The Family Stone, add a liberal pinch of Stevie Wonder, put on your dancing shoes and boogie to the music of Thaddeus Hogarth …“– –Bruce Gelerman, NPR.

The Thaddeus Hogarth Band was one of only 24 music acts that were hand-picked to represent Bose nationwide in a program to launch their award-winning Personalized Amplification System () family of products. This unique cutting-edge sound system has changed the way live music is amplified and recorded, and was used to record Thaddeus’ 4th solo CD, Live at Bose (Higher Ground Records) which earned him his second Independent Music Award for R&B/Blues. 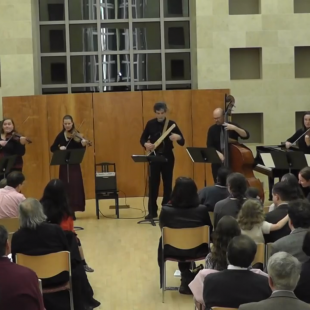