“She has the enviable ability to play in any context with authenticity, clarity, and spontaneity…” -Wilbert Sostre, JazzTimes

Internationally acclaimed pianist/composer Yoko Miwa is quickly becoming known as one of the most powerful and compelling performers on the scene today. Her trio – with its remarkable telepathy and infectious energy – has brought audiences to their feet worldwide. Of Miwa’s 2017 release Pathways, Dan McClenaghan of All About Jazz said, “4 stars–This is Yoko Miwa at her extroverted best…her finest recording to date.” Pathways – her seventh as a leader – which spent 4 weeks on the Jazz Week top 10 radio charts and is earning wide critical acclaim.Miwa was the subject of a feature article in the September 2017 issue of DownBeat that referenced her “impressive technique and a tuneful lyricism that combines an Oscar Peterson-ish hard swing with Bill Evans-like introspection.”She plays regularly at major jazz clubs in their home city of Boston, as well as venues around the world. A favorite of Jazz at Lincoln Center, Miwa was chosen to play on “Marian McPartland & Friends.” Miwa also appears regularly at New York’s famed Blue Note Jazz Club and has performed and/or recorded with a wide range of jazz greats including Sheila Jordan, Slide Hampton, Arturo Sandoval, George Garzone, Jon Faddis, Jerry Bergonzi, Esperanza Spalding, Terri Lyne Carrington, Kevin Mahogany, John Lockwood and Johnathan Blake among others. In the late 1990s, the classically-trained artist auditioned for Berklee College of Music on a lark and ended up winning a full scholarship. She arrived at the school from her homeland of Japan in 1997, intending to stay for a year. In 2017, she’s still in Boston, enriching the city’s musical life and serving as one of the most popular professors in the Berklee piano department.

Dr. Brad Barrett is a Boston based bassist and has been a collaborator with Yoko Miwa since 2010.  Brad holds a BA in Music from Michigan State University, a Master’s in Jazz Performance from New England Conservatory Brad has recently completed his doctorate at New England Conservatory and has just released his first album as a leader called “Cowboy Transfiguration” with Tyshawn Sorey and Joe Morris.

Drummer Scott Goulding has appeared as a sideman on over 50 CD releases on labels in the US, Europe and Japan, including 4 releases with tenor saxophone legend Jerry Bergonzi. He was a featured performer at the 2018 Atlanta Jazz Festival, the 2018 Litchfield Jazz Festival, and Jazz at Lincoln Center’s 2011 Coca-Cola Generations Jazz Festival recorded for Marian McPartland’s NPR show Piano Jazz. Scott has performed in such notable venues as The Blue Note in NYC, Dizzy’s Club Coca Cola, Jazz at Lincoln Center in NYC, Cotton Club in Tokyo, Japan, and The Blue Note in Nagoya, Japan. Additionally, he has toured throughout the United States and internationally, and has performed with Sheila Jordan, George Garzone, Larry Grenadier, Jerry Bergonzi, Joanne Brackeen, Michel Camillo, Kevin Mahogany, Charles Neville, Jeremy Pelt, Hiromi, Anat Cohen, Lionel Loueke, Avishai Cohen, Rudresh Manthappa, He also plays with piano legend Harvey Diamond in his trio. Scott is an endorser for Zildjian Cymbals and Canopus Drums. Since 2015, Scott has held the position of Music Director at Monkfish, one of the area’s top jazz venues. 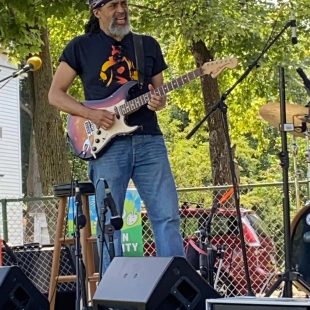 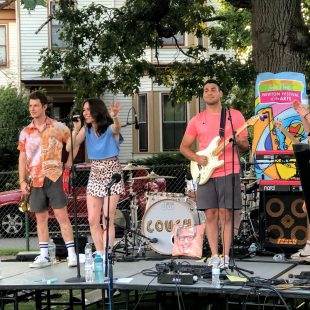 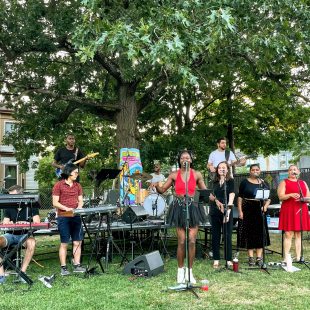